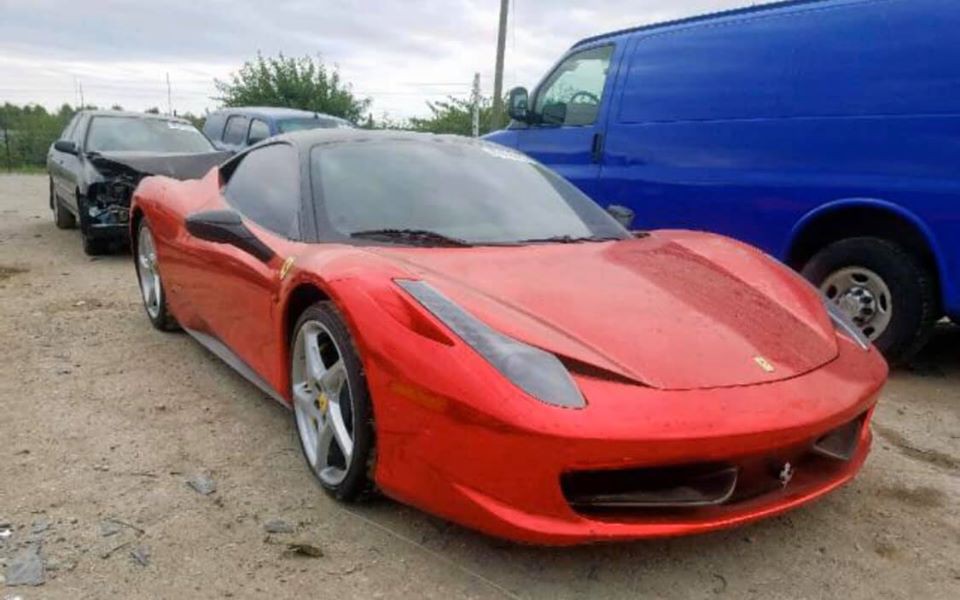 THIS IS ONE OF FIVE THAT CAUGHT FIRE IT RUNS AND DRIVES PARTS LIST FROM FERRARI IS 37000 WHICH CAN BE SHAVED TO 20000 PM ME FOR ALL THE DETAILS THIS IS YHE STATEMENT PUT OUT BY FERRARI. Ferrari is recalling 1,248 copies of the 458 Italia to replace an adhesive prone to catching fire.

The adhesive is used in the wheel-arch assemblies. If it overheats, it can ignite.

Ferrari says it has received five reports of 458s catching fire; some of those burning cars have become Internet stars.

The Italian automaker began looking into the situation in August after five 458s caught fire in California, Paris, Switzerland, China and one other unnamed location.

Ferrari is asking the owners of all 458s built before July 10 to take them to the dealership to have the glue removed and fasteners installed.

If it’s too late and your 458 was damaged by fire, you will get a new one, Ferrari said.