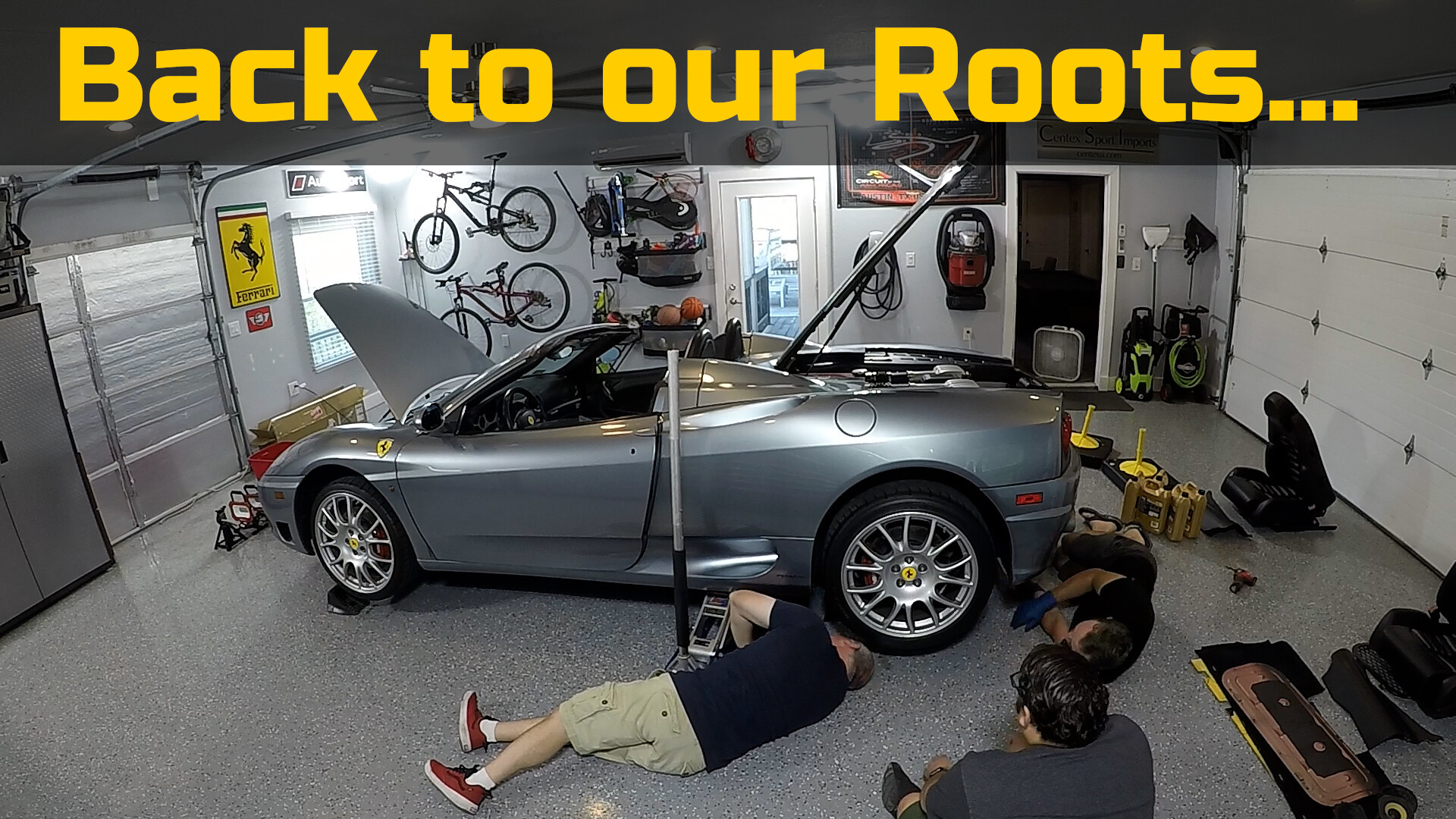 So our new Ferrari 360 for our dealership, NG Supercars arrived and when driving it home, it start to get hot so Josh shut it off and had it towed home. Unfortunately he found oil in the coolant so we immediately knew the heat exchanger was broken. We got the new heat exchanger and began to work on the Ferrari 360 to repair it and get it ready to be sold.